Problem that is more actual than the mythical Coronavirus

As the general populace keeps on raving about the potential threat of a mysterious beast from the “East block” of our world that is hardly considered democratic, called Corona, I find that we have a problem that concerns and threatens us all on our daily basis, which is our food intake. Besides, we as Estonians already suffer from Corona, the other type, usually bottled and sold in the alcohol sections of every grocery store.

“I’m in it for a fun one, not a long one” as the saying goes feels like the general consensus people have reached within themselves, uncaring for their own future and ruining their health in the long run due to poor decisions on food, as fries and a coke on the side of a burger taste better than a serving of vegetables, it’s clearly a vice that is harder to cure than diseases which vaccines can be found for, as it has been ingrained in our very nature.

To combat this growing trend, food scientists have worked with government health institutes to create a visual piece of art called the “Food pyramid”, an eye pleasing guide for food intake that is easy to understand and use. The pyramid is divided into 5 sections that have a category of food items, as such if you don’t find a certain product there, you can generally get an idea by looking at which category it might go under, to know how much you should or could be eating it in a week.

The pyramid itself has a bigger problem though. It is not made for the specified user, but a general average female who has low active time and requires 2000 kcal a day. Most men, however, need more than 2500 kcal per day and let’s not forget the fact that it says “low activity lifestyle”, thus implying that the average Estonian person is A, a female, B, lazy bum, and C actually cares about eating healthy.

Of which option C seems highly unlikely as the second pyramid had mostly the exact same sample group and their food habits seem hardly healthy according to the recommended intake pyramid. Not to even talk about the options A and B, which seem quite derogative in my eyes. But I digress, statistics are made to fool the general populace. “The old saying is that ‘figures will not lie,’ but a new saying is ‘liars will figure’”, is in my opinion a saying which conveys most of my ideas about statistics and graphs, which is that they show you as much as they hide. Most statistics don’t lie blatantly but in a unscrupulous way that the average reader wouldn’t notice if they didn’t take the time off to analyse the info that’s being fed into them.

As such, be mindful of what you believe in as these simple guides often run over some important things that should be mentioned, afterall one knows themselves the best, so you should alter the pyramid to fit according to your needs and options, whether it be financially or dietary special requirements.

Tallinn School of Service is the most prestigious vocational school in North Estonia providing education in the field of Hospitality. We have curriculas in Food and Catering (cooks, bakers, confectionaries, catering services etc.), Hotel Service, Beauty Service and Commercial Studies. 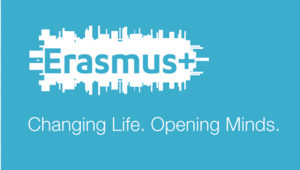